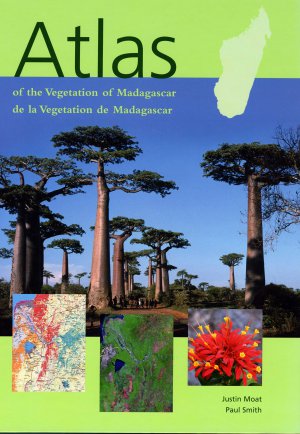 “Madagascar is the world’s fourth largest island, and is recognized as one of the world’s top ten hotspots for biodiversity. It is estimated that there are about 10,000 plant species on the island. Of these, 80 % or more occur nowhere else. Man arrived in Madagascar just 2,000 years ago and since has cleared much of the island’s forest. This impact and the uniqueness of its plants have made Madagascar of paramount importance to international conservation efforts.

The CEPF Madagascar Vegetation Mapping project was a three year project (2003-2006), funded by the Critical Ecosystem Partnership Fund (CEPF) and managed jointly by RBG Kew, Missouri Botanical Garden, and Conservation International’s Center for Applied Biodiversity Science. The project was a huge success and culminated in the production of a printed vegetation atlas in 2007….”